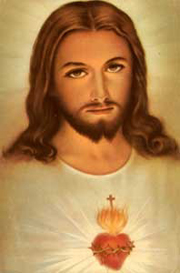 "After a period of discouragement, I decided to play my last card, or more precisely, to take my last cartridge.
In my head. In other words, I will "blow the box" to atone for my share of shame and protest against the cowardly indifference of our leaders face the terrible plight of our friends Lao. This is not a suicide but an act of war to rescue our comrades in danger. As to you, rulers without honor, you, the big "media" without courage and you, the "collaborators" without shame, I spit my blood and my contempt for the mouth! "

Colonel Robert HAM, Commander of the Legion of Honour, Officer of the Order of Merit, the Croix de Guerre theaters outside, cross the military value, Knight of the Million Elephants and White Parasol, Commander of the National Order of Ivory Coast, died October 27, 2011, at the age of 86.
He shot himself in the head before the Indochinese war memorial in Dinan (Brittany).

By his actions, he heard silence protest against the political leaders of France to face persecution by the Lao and Hmong peoples of the Highlands, following their engagement with the French during the Indochina war, including Dien Bien Phu. Colonel Ham had fought with them for several years.

Below is his letter of farewell.

MY LAST CARTRIDGE
ULTIMATE FIGHTING FOR A CAUSE ORPHAN

No! The LAOS was not a "colony" like the others. We did not take by force: he had given to us freely as a result of a mutual attraction kind of tied on the occasion of dramatic events. "To conquer the hearts! "Wrote Auguste Pavie whose engaging personality had seduced the old King Oun Kham who had placed his kingdom under the protection of France to escape the cruel tutelage of neighbor Siamese.

No! Laos is not like other people. Their lifestyle, their way of being happy in spite, or perhaps because of extreme poverty, their affability, their nonchalance (sometimes stigmatized by their industrious neighbor Vietnam, the overwhelming sweetness of their wives, the kindness of their children are a people apart in a world dominated by the law of profit. With the notable exception of Hmong victims since 1975 a genocide, it is not fierce warriors but they know, without complain, die in battle and have the courage to be killed by rescuing a comrade in arms. Thus, 17 July 1950 to 14 h, near Ban Saka, the hunter Ba LAN, mortally wounded by my side, pronounces a word, Thiep, to indicate that it is injured, he died, 10 hours later, without having once screamed his pain! And when July 7, 1954, I struggle in the Nam Hin Boun swollen under fire of fifty Viets, Sergeant link that has already crossed the river turns around and flows è water to help me and is killed by a shot in the head a few yards of me and the next day (July

, while the injured, I was unable to cross a bar limestone hundreds of feet high to reach the mine, brave peasants Lao me literally worn over the obstacle, and that risk their own lives!

No! The Laotians were not friends like the others, those who forget where you come the trials and dangers: when the Japanese carried out their "coup" of March 9, 1945 with a treacherous little relation to the principles of "bushido "there was, in many places, including Thakkek a real manhunt white. Those who were caught were often beheaded. Henri Fraisse, Assistant Prefect in Mortagne-au-Perche in 1991, recalls: Thakkek boy living with his parents, he and his family were saved by Laotians who risked their lives, took them, hidden and fed until the danger has passed. And across the country, Laos has done the same to the rescue of the French threat.

In this context of shared friendship that France in the days of his greatness, to sign, after Dien Bien Phu, the choice was dictated by the need to protect Laos, three treaties guaranteeing the freedom and independence the Kingdom of a Million Elephants and White Parasol. First the Geneva Treaty of 1954 ending our war in Indochina. Second, the Geneva Accords of 1962 guaranteeing the neutrality of Laos. Finally, the Treaty of Paris in 1973 for the respect and recognition of the independence, sovereignty and territorial integrity of the Kingdom of Laos. However, these agreements have been violated, without significant reaction of the signatories, the Democratic Republic of Viet Nam (now the Socialist Republic of Viet Nam) at the sudden withdrawal of the Americans late 1975, major North Vietnamese forces invaded Laos and allowed the meager numbers Lao communists to seize power by force during the "coup" of December 2, 1975. You should know that the Vietnamese workforce engaged on this occasion were (officially) demobilized on site and converted to workers employed under a rural development project financed by international aid. In reality, these subsidies do that maintaining an army of occupation Vietnamese housed in the Special Areas Strategic Somboun Xay (southwest of Xieng Khouang), a real base group of soldiers and heavy weapons cache (artillery and armored ). These important Vietnamese forces are always ready to intervene immediately in case of uprising or coup against the government, set up by Hanoi. It is in this area What held the most ferocious repression against Hmong resistance fighters desperately clinging to the famous massif of Phou Bia. In addition, it was confirmed by different sources (some of which are located within the pseudo Lao Government), that Viet Nam had conducted several years, a massive colonization by installing settlement in Laos, the best land, 3 million Vietnamese communists enjoying exceptional advantages. In addition, there is a stranglehold on the various services Vietnamese handicrafts (coiffeur. carpenter, grocer, butcher etc.). To the detriment of Laotians.

When the end of 1975, Americans have "opted out" of the Vietnam conflict, I did not understand that Laos would lose its independence and an inhuman communist dictatorship would be imposed by force of arms. Our rulers have pretended to believe it was an internal affair of Laos, which dispensed them to act as part of our commitments. And when Father Jean-Marie OLLIVIER, Oblate of Mary Immaculate, wanted to denounce, to have witnessed the interference of a foreign power in the internal affairs of an independent state, he was told that ... " did not know! " I, too, wrote about an article containing a detailed account of the Father OLLIVIER under the title "The leper Somsanouk and Missionary Who Knew Too Much."

As a result of the French authorities complicit silence, I learned the enslavement of Laos in 1999, reading the testimony of Colonel Khamphan THAMMAKHANTI terrifying, one of the few survivors of the gulags that are part of the "culture "Communist. This story, entitled "The truth about the prison camp No. 01 or the death camp at point 438-745" was sent to me by HRH Tiao SAYAVONG General, former commander of the 1st Military Region (Luang Prabang) and half-brother of King Sri Savang VATTHANA. The General, I had known Thakkek lieutenant in 1954, had himself spent 16 years in camp "rehabilitation". Shortly after testifying, he and Colonel THAMMAKHANTI died as a result of abuse they had suffered ...

With great naivete, I thought that our "media" and our leaders were not "aware". So it was mine to denounce the crime. What I have done in addressing the major newspapers, defense movements of oppressed people, politicians, to Mr Chirac and his wife, some singing star in Mr KOUCHINER. to Mr. Ménard, Mr Ormesson to Mr DEVEDJIAN, the candidate and the President SARKOZY and his wife. The answers went to the contemptuous silence or misleading justifications pathetic. And I finally understood that they were all "scented" scent of corpses, and all involved in this conspiracy of silence that protects the communist crimes.

And then, at the beginning of 2010, came the unacceptable: 4200 Hmong trapped for decades in a "camp reunion" Thai were delivered to their executioners lao-viet to further improve the good relations (commercial) tied for a long time between Lao PDR and the United Thais. Occurs when we "commemorate" the sinister "roundup of Vel. D'Hiv. "Committed on ethnic grounds staff comparable, crime (known before consumption) should have raised an enormous wave of indignation. Was reckoning without the discretion of the journalists of all stripes who have literally skipped the event. Apart from two or three short releases, but no one has taken that will later serve as an alibi, and they are all "beautiful minds patented" who remained silent, wrapped in a shroud of silence 4200 H 'mongs dermier parties for their trip ...

After a period of discouragement, I decided to play my last card, or rather, to draw ms last cartridge. In my head. In other words, I will "blow the box" to atone for my share of shame and protest against the cowardly indifference of our leaders face the terrible plight of our friends Lao. This is not a suicide but an act of war to rescue our comrades in danger. As to you, rulers without honor, you, the big "media" without courage and you, the "collaborators" without shame, I spit my blood and my contempt for the mouth!

I apologize to all those who love me for the grief I caused them.

Thank you to Elsasser 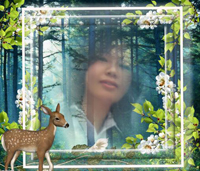 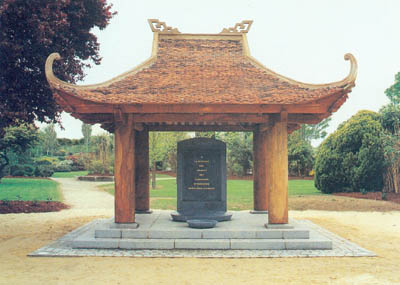 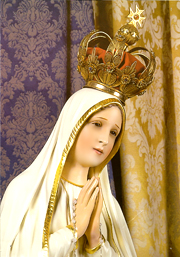 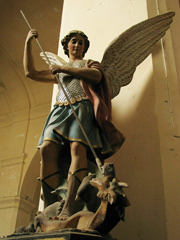 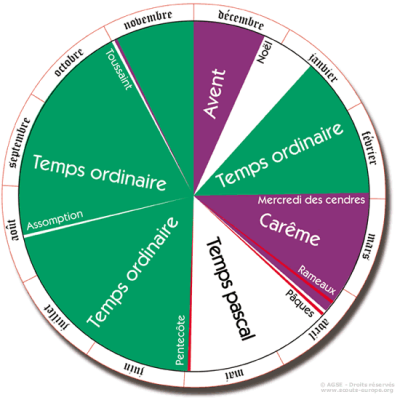 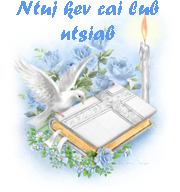 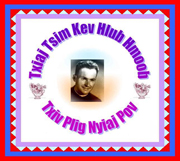 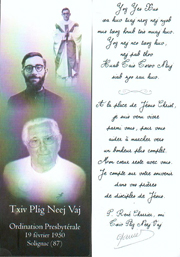 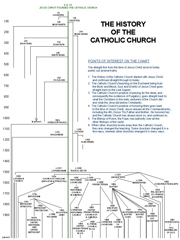 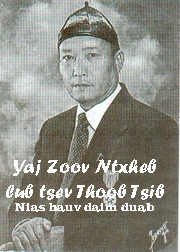